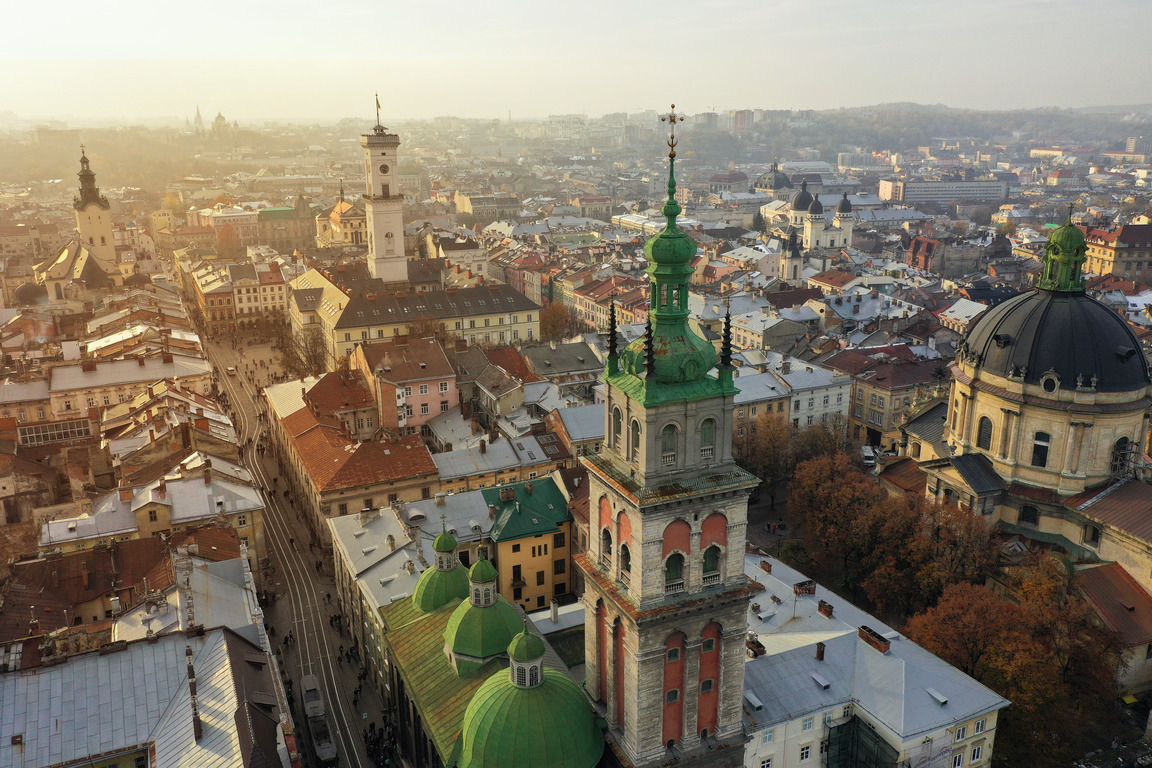 The Ukrainian real estate market dropped in 2014 by around 75% compared to the previous year due to the Russian war in Ukraine. And it shrank again in 2020 due to Covid-demics. But in 2021, it has a large development momentum – both in prices of a square meter and in a flat hire rate.

What is the capital of Ukraine?

Kyiv (a.k.a. Kiev) is the capital of Ukraine, one of the biggest by land post-USSR countries, with an official estimation of population of 3.0 million in 2020 (although it is believed that the real number of all population, constant and changing, is close to 5 million). The city is one of the oldest in the world, with the date of foundation 482 AD, so in 2021, it celebrates 1,539 years of age. For centuries, Kyiv was the capital of Kievan Rus. Today, it has an area of 839 sq. k. (324 sq. mi.) and it is one of the fastest-growing capitals of the world, with over 10 million people living in a 100-kilometer area from city limits.

A fast-growing real estate market in Kyiv is primarily made of apartments in many-story houses, with little to no private houses in the capital’s area (they are widely distributed in Ukraine capital’s suburbs).

There is still ongoing Russian war in Ukraine – in Donetsk, Lugansk, and Crimea regions. But as it chills out and people gradually got used to it, markets revive.

Positive factors that contribute to the market growth are:

Negative factors that restrain the market are:

Houses for sale in Ukraine

Ukraine is traditionally a country with high demand for real estate as a means of investing due to a large distrust of locals to banks. Now, as the profitability of deposits swiftly decreases (falling from an amazing 20% in 2014 to a disappointing 6% in 2021), people tend to invest more in real estate of all sorts. The demand is high and the supply is too – only in 2020, 18,500 new apartments were commissioned in Kyiv.

Costs and taxes for foreigners

When buying real estate in Ukraine, a foreigner has to pay 1% state duty + 1% to the pension fund. If they sell it within 3 years after the purchase, there will be 18% income tax + 1.5% military tax.

Agency fees are about 3%-5% of the cost of a deal. When you let the property to anyone, you should also pay 18% income tax + 1.5% military tax from the sum of earning and you can’t operate on your own behalf if you’re not a tax resident of Ukraine (do not live here at least 6 months during a calendar (tax) year) – only through an agent.

When a foreigner inherits Ukrainian real estate from a foreigner, they pay 30% duty. If from a Ukrainian citizen, then 18% income tax + 1.5% military tax.

To make any real estate transaction, one must have a local bank account, which is opened only with a local Tax ID, which is received in 1-2 weeks through any local tax administration for little cost and pretty easily. All bank transaction fees for foreigners will be anywhere from 0.5% to 3% of the sum. If you wish to withdraw money from Ukraine received from a property sale, you should do it only with papers supporting that you sell the same property you previously bought or inherited.